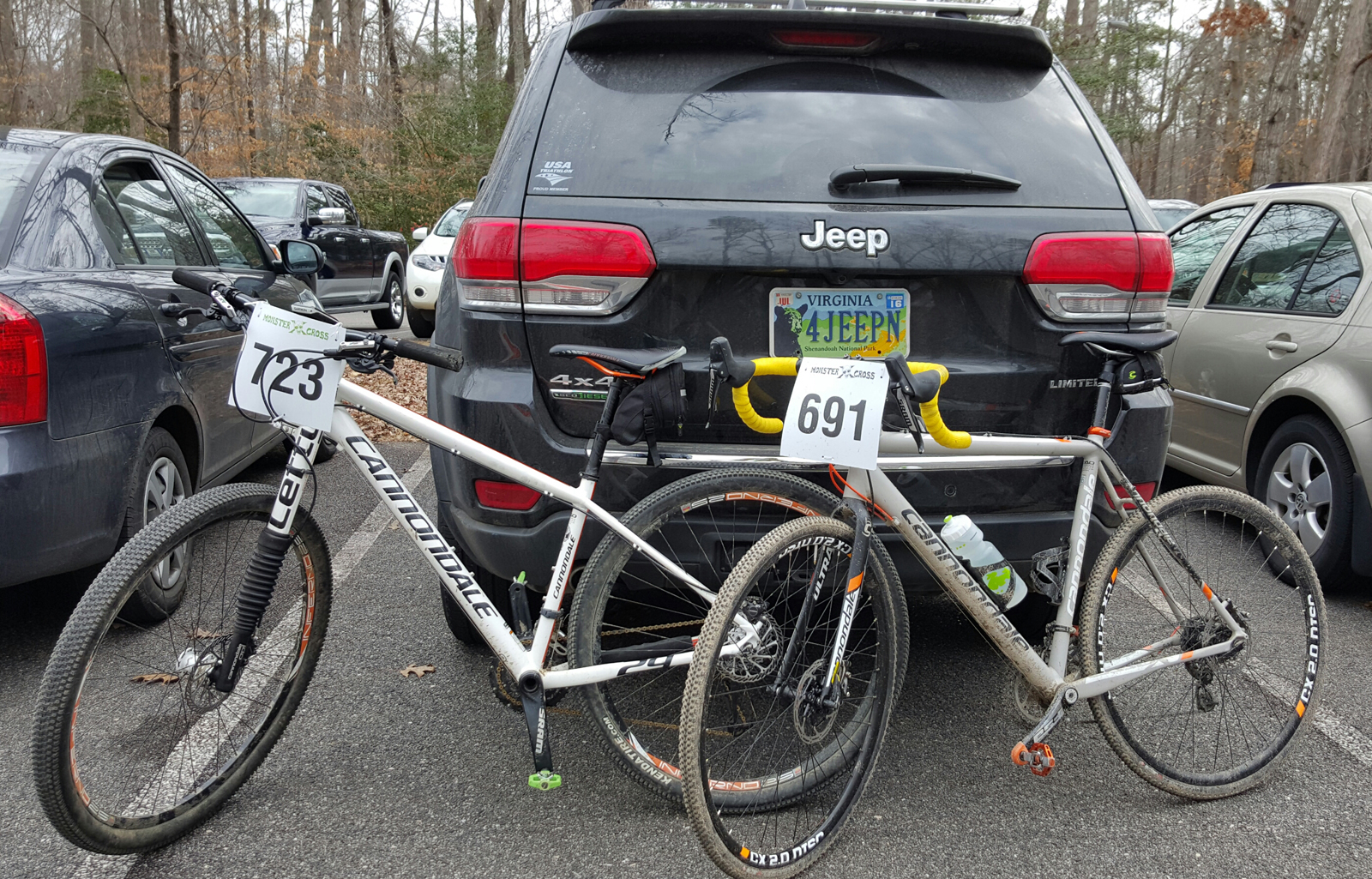 One mountain, one cross – both Cannondale!

2016 Kicked off the race season for Claudia and I in Chesterfield, VA. RunRideRace puts on this race at Pocahontas State Park just south of Richmond. Monster Cross is a great course that you are either hitting great punchy climbs or flying down gravel single or double track trails. The Monster is a 50 mile course the Mini is the 25 miler. 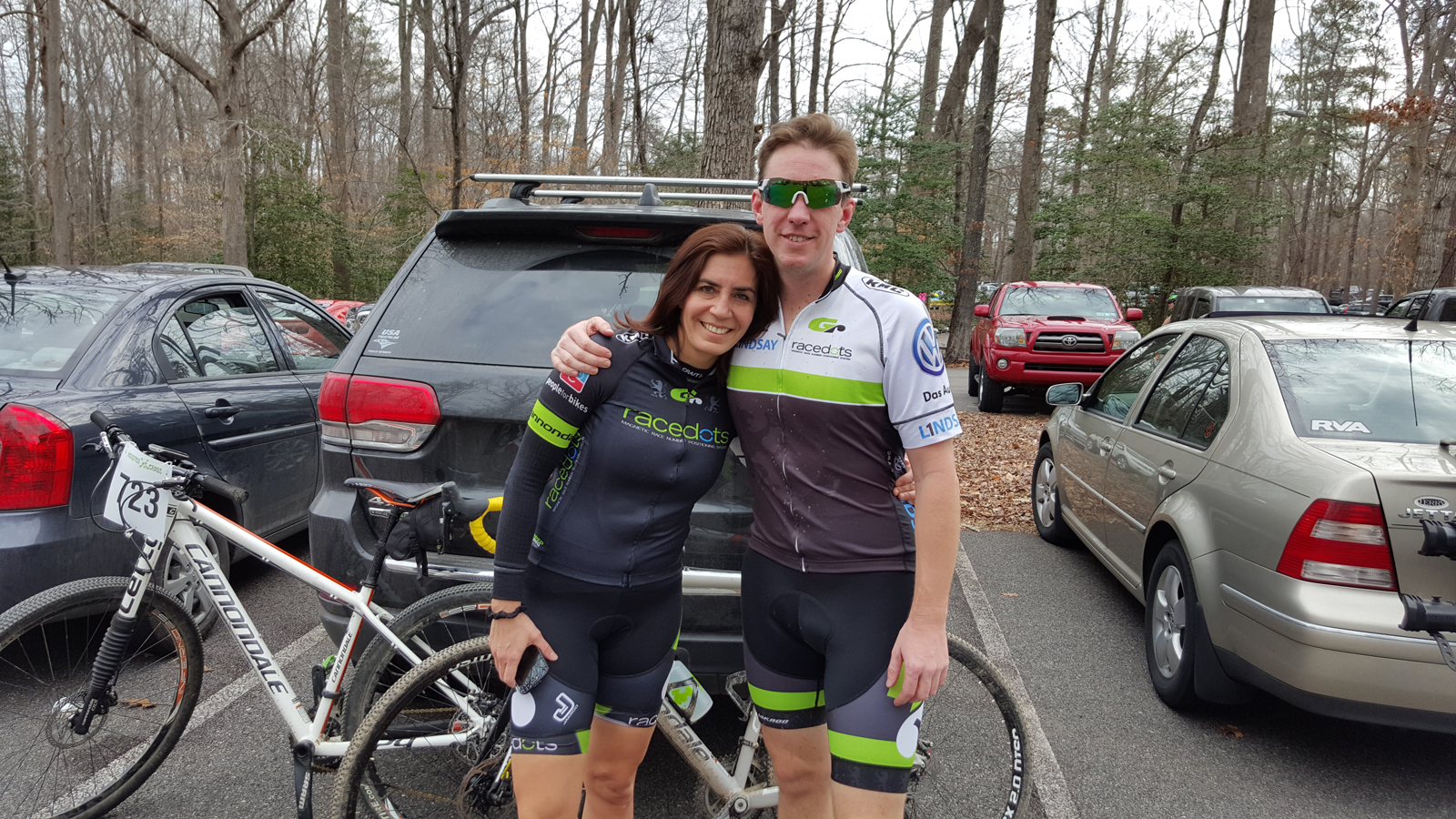 Claudia and I both did the MINI

For me it was an early year tune up and  a great place to do it. I was able to get a sneak peak at the course the week before with Stephanie Wolf, the temperature was only 21° but you didn’t even notice it as long as you were moving.  Race day provided some of the best conditions that could be wished for.  When we arrived in the morning to set up and check in it was almost 60° and the sun was peaking through. When it came time to race it was an awesome 60+ and sunny. Conditions like that made for an awesome race. The great thing about those early year openers is everyone is happy to be heading back out on the trails and it is great to see some friends you may not have caught up with since last years race season. The course had thawed out since the previous week so there were some great wet spots that felt like you were pedaling through peanut butter, other areas the sun had gotten to over the week and had dried out nicely. There were a few super sloppy areas where you just had to carry good speed going in, float the bike through and keep going. 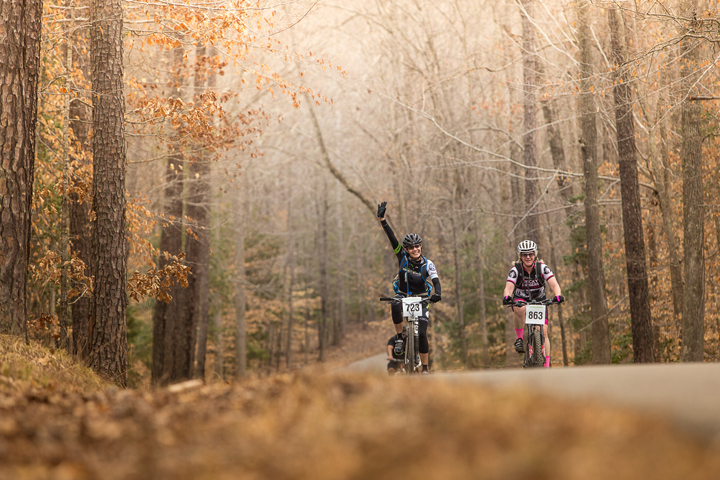 Claudia and Deirdre all smiles! Thanks for such a nice photo Brian! http://www.brianclary.com/

On the course there are two water crossing that by the time the MINI Monsters had gotten to it had been nicely prepared for us. The crossing were a refreshing splash then a quick run through some more peanut butter. If your doing the full Monster you get to enjoy the course 2x while us Mini Monsters just have to complete it once. There is some strategery there because getting done early meant first dibs on the food and an extra beer at the finish. At the finish while enjoying that beer and great food we were all witnesses to a rider proposing to his girl who blazed by him as she crossed the finish line. No worries to him, she flew back to the finish line realizing what he was doing and said, YES. 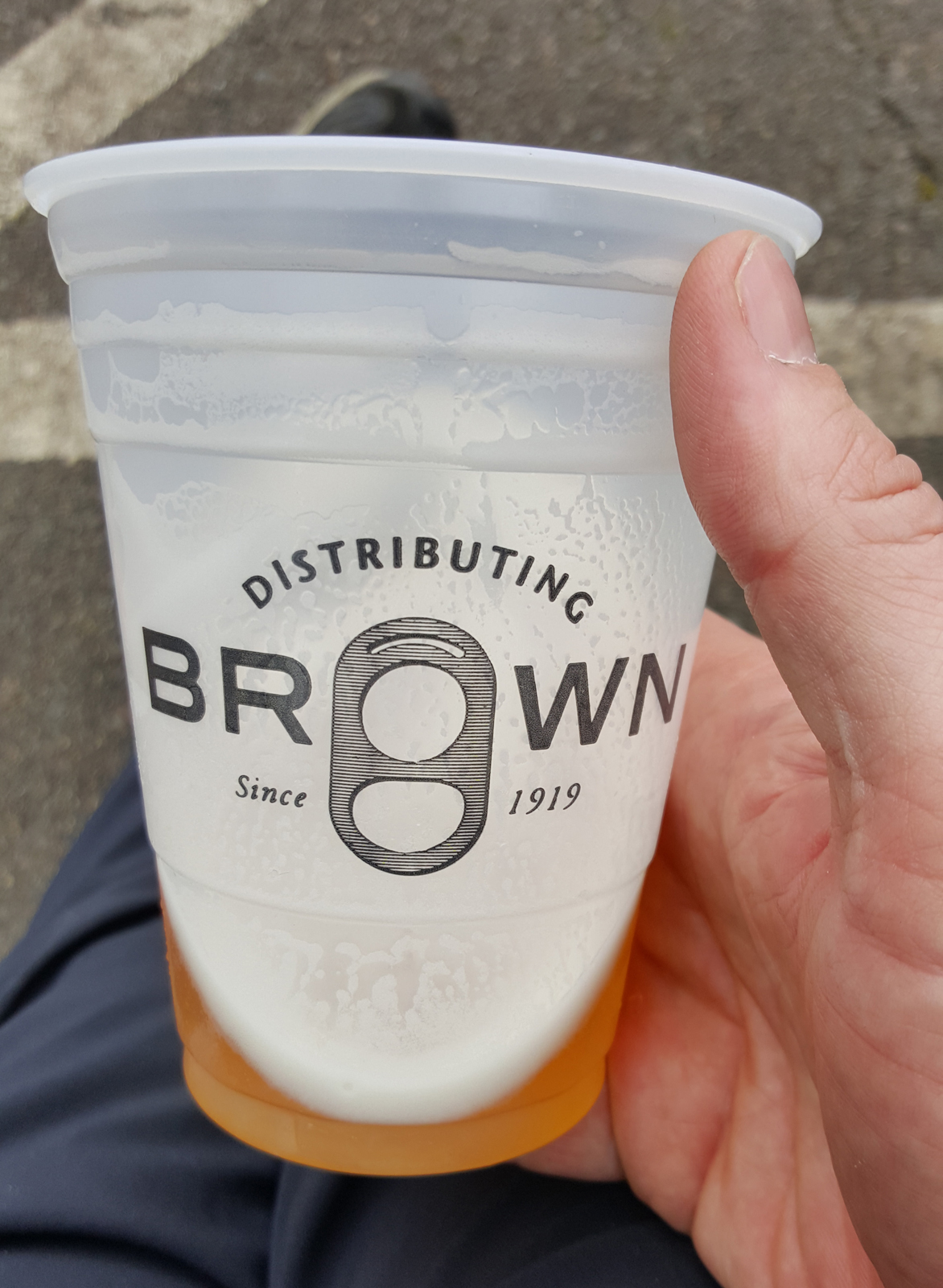 A big thank you to the park rangers and police that helped to marshal the course and keep us from being smushed by oncoming cars as we crossed the active park roads and from exploring the wilderness that was not part of the course. In the end we both finished with smiles on our faces and a little mud too.