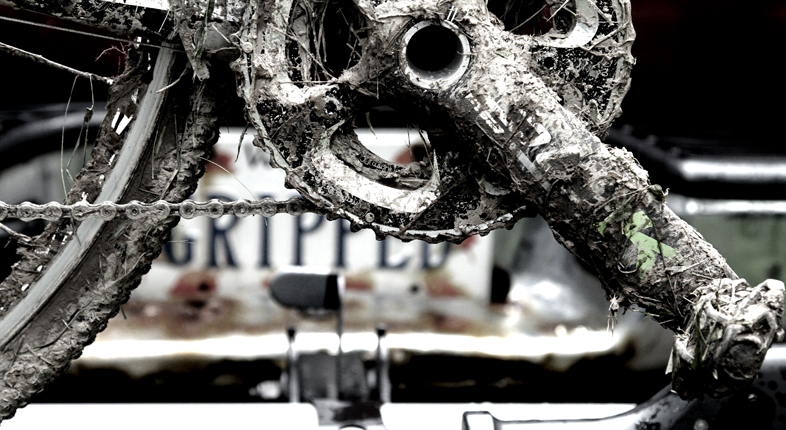 Race #2 of the MabraCross Series went down earlier today in Winchester, VA. It was cold, muddy and brutal. Any weathered Belgian would have been proud to watch the hundreds of racers battle the elements and each other through the winding course at Jim Barnett Park. The morning was a brisk 45°f and it had rained all night. Conditions promised to be … snotty. 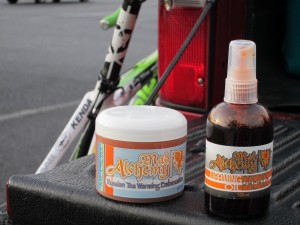 I was faced with the daunting task of choosing which Mad Alchemy product would best suit the frigid morning. I went with the pleasant aroma of Russian Tea but later wished I had used the extra spicy J-Pow mix which might have cooked my legs into waking up. More on that in a minute.

Ahhhh, a reminder of the good ‘ol days… 24 Solo 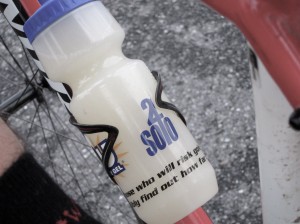 Ken Bell joined me in the Masters 35+ race and showed me that the prodigal son has returned. When I first met Ken back in 1997 there were only a handful of local non-pro’s who could best Kenny. So influenced was I, my mountain biking career then began in hopes of one day competing at the same level as Ken. That day came and for years I enjoyed stomping Kenny at either short XC distances or long 100 milers while Ken was barely getting any sleep with a budding business, a wife and three children. Ken was a good sport taking slow-jokes year after year, quietly plotting his revenge. This is Kenny warming up, hardly able to contain himself and the beating he’s about to put on the camera man. 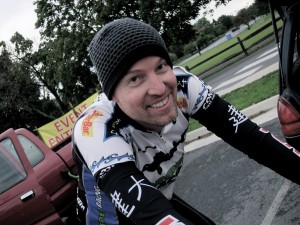 The race was fast from the gun and Ken remembered to bring his A-game.

Lunch Box Jason did his best to keep Ken in sight but he was no match for the Harrisonburg Hammer. 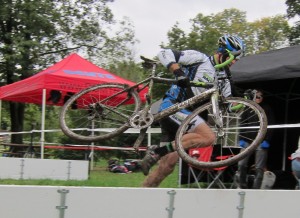 The tables have finally turned for Kenny as today he stamped the Masters race with an 8th row start (60 guys back) that led to a podium finish. I am still searching for my legs amidst hopes I will ride myself into fitness. Ride myself into the gutter is more like it, I started in the 3rd row only 20 guys back and managed to finish in the 30’s. The only thing impressive about my day was the mud and thatch buildup on my new Super X.

Thoughts of cleaning off 10lbs of mud 2x dampened my spirits enough to pull the plug on my 2nd scheduled race however racing along side my close friend and business partner Ken (and sharing a beer with rockstar Ryan Bannon) salvaged the day. 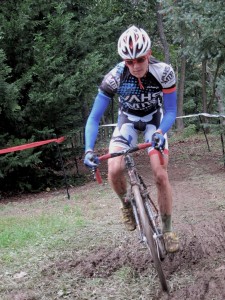 To further the Bell-domination, Connor Bell (Ken’s 17yr old son) stepped up for the Junior race and took 2nd. Pretty cool to see Kenny’s son schooling us both.