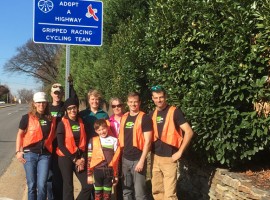 Taylor-Rebecca Smith grew up around sports—soccer, softball, tennis, running and swimming. While living with her exchange family in Germany after high school, a friend of the family asked her to go for a run. He pushed her to run further than she had ever run—explaining there is no excuse for an 18 year old not to be in shape enough to run +10k. That friend pushing her boundaries re-sparked her passion for long distance running. It began a family tradition of running the Thanksgiving Half Marathon with her older sister. Her sophomore year of college, she signed up for her first sprint triathlon. She placed in the running and swimming portions, but struggling during the cycling portion. She vowed she had to get better on the bike before returning to her next triathlon. Fast forward a few years and she began dating Matthew Lee—a member of the Gripped Racing team whose world revolves around getting on a bike every day. After a few months of dating, he convinced her to spend time with him by sharing his passion—mountain biking. She purchased her first 29er. At this point, her parents and siblings were getting into cycling. One Christmas family bike ride later (family on road bikes & Taylor-Rebecca on her mountain bike), the second bike was purchased.  In 2014, Taylor-Rebecca competed in Maryland’s Waterman Sprint Triathlon. She had a podium finish placing 3rd in the women’s category. Although you won’t find her competing in all of the races, you’ll find this beginner taking photos of her now fiancé as he returns from the recent move to Colorado and takes on the Shenandoah Mountain 100 to close the season.

In 2015, Taylor-Rebecca will continue training as she juggles wedding planning and moving to Colorado. Post wedding, she hopes to get some triathlon races with the goal of always improving her times in the different segments.

The two word answer that you would probably expect from me: Matthew Lee. He might have been what initially got me on a bike, but I’m finding as I’m gaining confidence as a beginner, I’m enjoying the sport more. Everyone has to start somewhere and this beginner is looking to get better! 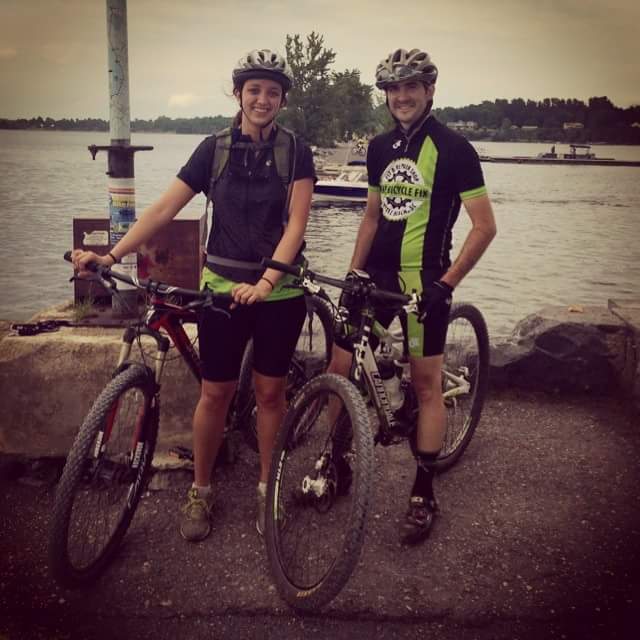