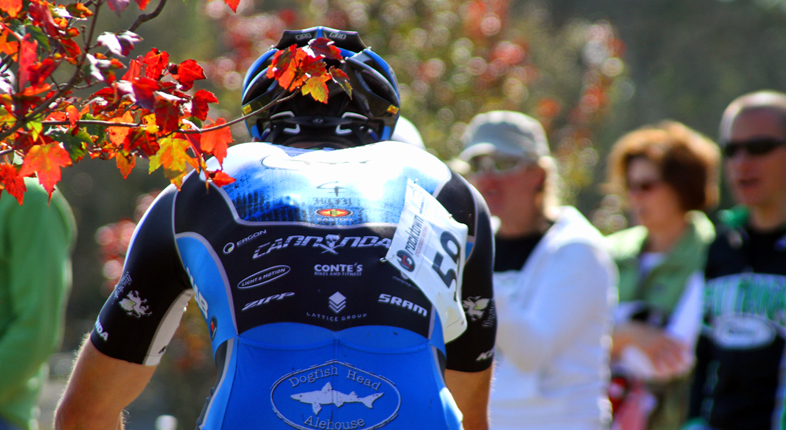 Its not often you get to experience a race from its inception. Kell Bell and Curtis Winsor have hatched something special with their Rocktown Cyclocross Festival and it’s not hard to see that this will be a favorite as it matures. If they can figure out a way to draw more people from DC, maybe moving the race up to Saturday and a party that night with camping somewhere … then I could see a thousand people getting into this event. Either way the race was so well organized and executed it may finally breathe life into the poorly attended . Considering Ken and Curtis give 110% when they set their mind to something, this race will soon be a classic. This is Ken finding the energy to still beat me after setting up the course and doing a ton of leg work to get the project off the ground, the Harrisonburg Hammer is on fire this Fall. The only reason Curtis (a cat 1 roadie) didn’t beat me was because he didn’t race. 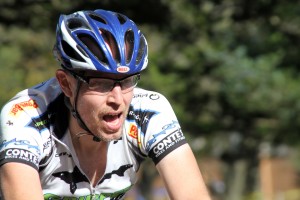 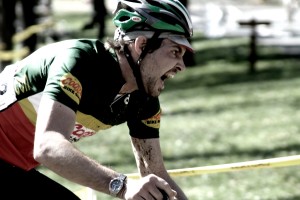 I was the only attendee from Gripped Racing but our sponsors were still well represented. Here’s Matt Donahue of DCMTC happy to have some free PowerBar product. 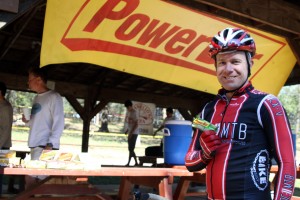 Held on the East-facing slope of Westover Park less than a mile from Court Square in Harrisonburg, VA the course was punchy and tough but it had great flow. 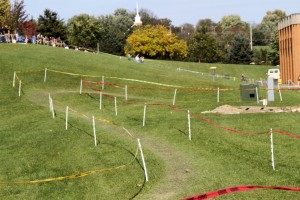 Keeping things legit for a first-held race Joe Jefferson was on hand to call the races, notice the cornhole action in the background.

It was laid out by a roadie and a mountain biker – perfect parents for a cross course. Rocktown was noticeably different (read: better) without the boring, unimaginative multitude of 180° turns found on most cross courses. This course rewarded risk-takers and bike handlers. Corners were wide enough to carry speed but if you grew too comfortable (and a few did) the barriers or trees were quick to stop you in your tracks. There was just under 100′ of climbing per lap (Men’s 3 did 7 laps) and the barriers offered their own creative toughness – set at the limit of UCI regs 15″ high and 3 instead of the usual 2.

The second set of barriers were slightly smaller than normal, about 9″ high but set at the bottom of the steep run-up. If you dared you could carry a lot of speed into them and bunny hop over both however this left gear selection before the hill crucial as you then had to grind your way up the steep grassy slope as the crowd either cheered or hissed. This is Connor Bell, same mastery of the lower barriers every lap.

Families got in on the action with a pumpkin decorating patch and a corn hole tournament complete with cash prizes. One of the highlights was the uber-competitive Little Belgians race. 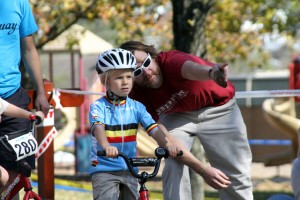 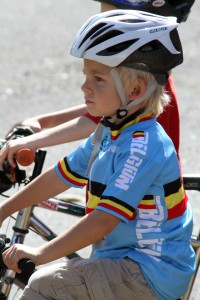 But the action was mostly on the spectator-friendly course that was rocket fast on the dry day we had but it’s could be a totally different animal when wet. A mud pit was forming (and growing deeper by the hour) so it’s easy to imagine the entire course being vastly harder in a downpour. It looks easy but notice how deep the one guys tire is sinking. This after a fast downhill into an off camber turn. 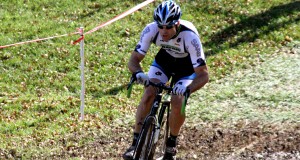 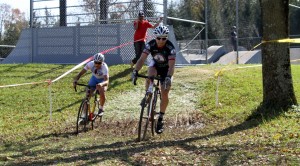 Lots and Lots of Flow 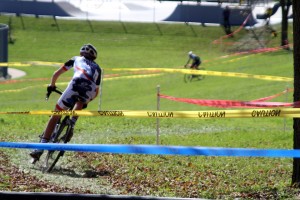 There was no shortage of spirited competition – previous Gripped Racing member Ryan Fawley (racing for Trek now) showed up and got paid for his efforts with a 2nd place worth $150! 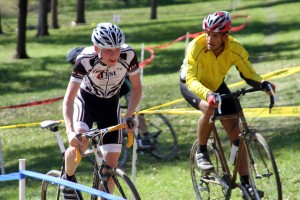 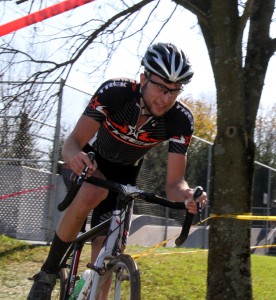 Keck Baker of the dominating took first place with authority and got paid $300!! 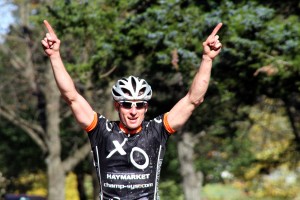 I finished far outside the money but well within heckling range of my longtime nemesis Ken. I could swear he was heckling me from the finish line when this was taken (I still had half the course to go). I have to figure out why I’m doing so bad this year… but at least I bunny hoped the barriers every lap – too bad there were no points for style. 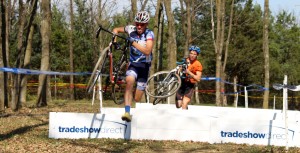 Would be nice to see a few more attendees next year and some local support would be nice too (Chris Scott & the SBC crew – where’s the love??). Props to Curtis and Ken for such a great race … cheers – well done guys. Next weekend – the much anticipated with huge support from . 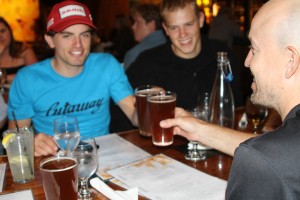